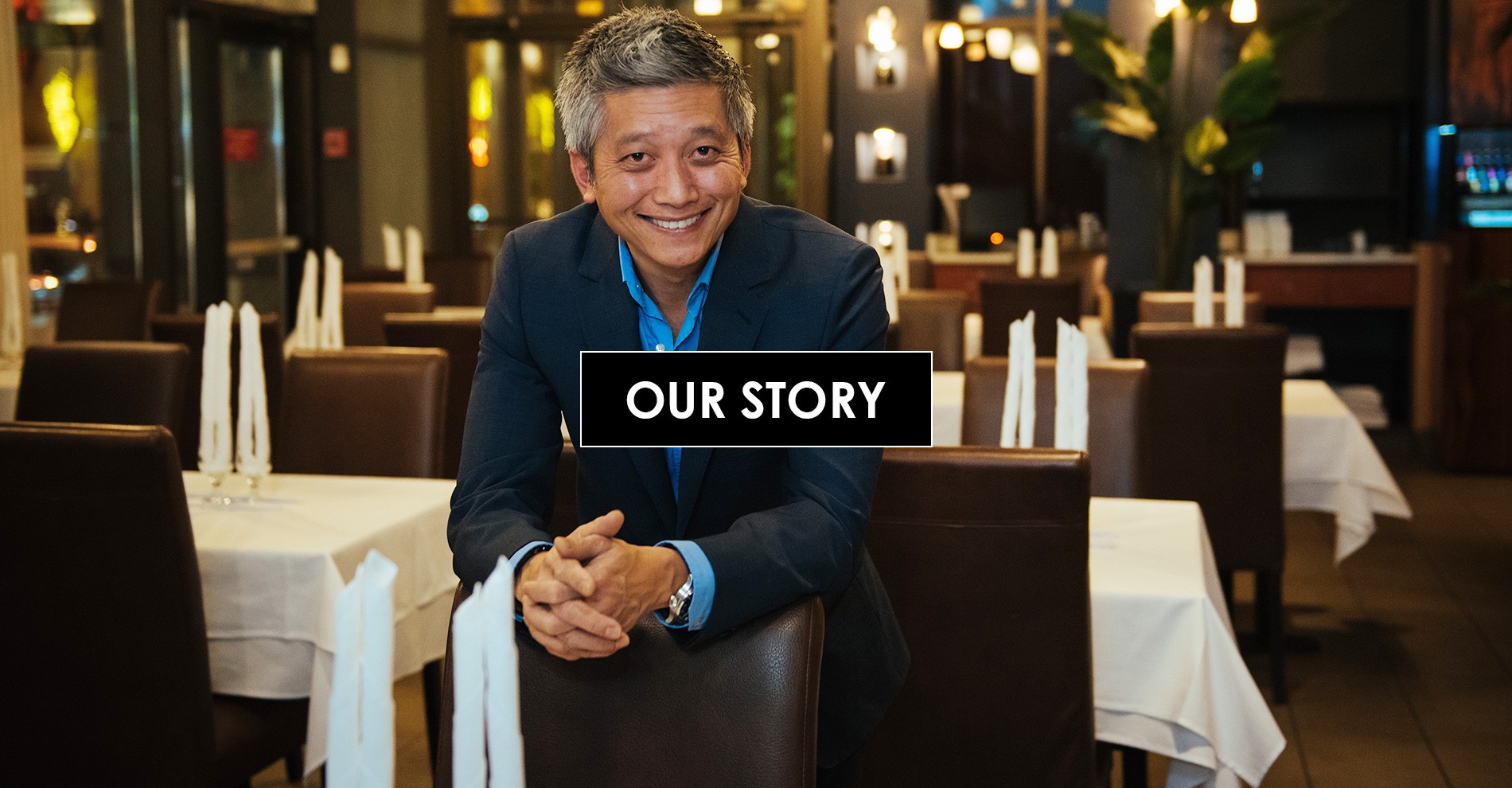 Sho-dan was established in the summer of 1998, in the heart of Montreal’s financial district. The brainchild of Madonna Bailey, Chinh Pham (a.k.a. Romeo) and their team, resulted in the restaurant’s unique blend of sushi. The new style cuisine, gave rise to what has become Sho-dan’s renowned Japanese Concept.

From sushi passionate to restaurateur!

Sho Dan was born from the unconditional love Madonna Bailey (founder of the restaurant) had for sushi. For years, Madonna was a regular client at the Mikado Restaurant on Saint Denis street where she used to go a few times a week. Overtime she formed ties with some of the employees, whose talent and knowledge she admired.

Her passion drove her to open a sushi restaurant with the best team. One day, Madonna asked Chinh a.k.a Romeo, who at the time was one of Mikado's sushi chefs , to form a team for a new restaurant. Since she spent a few thousand dollars a year on sushi, Madonna said to herself, "why not form a partnership with people who know the restaurant business and invest in a restaurant that would serve my favourite food?". Excited by Madonna's proposal, Romeo created a young team that wanted to take up this stimulating challenge.

From a Mexican to a Japanese restaurant

Madonna, who worked in Downtown Montreal, began to look for the ideal space to bring their project to life. The team wanted the future restaurant to be in a busy area in the heart of the action. When Madonna saw a "For Rent" sign on a building belonging to Standard Life at 2020 Metcalfe, the address was perfect but came with a challenge. The space which had previously been a Mexican restaurant-bar needed to be 100% renovated. The radical change took almost six months and was a success. When the previous lessees came to Sho-Dan, they didn't recognize their old place and thought they'd gone to the wrong address! The ambience was elegant and inviting. The addition of columns and a mezzanine added intimacy to the space, while the tables with tablecloths and upholstered chairs provided beauty and comfort. This is how Sho-dan came to life during the summer of 1998. At that moment we were far from suspecting that the restaurant would have such longevity.

Since 1998, our chef and co-owner Romeo ensures to create a unique meal experience at Sho-dan for his customers. Romeo is personally involved in the choice of ingredients, the decor as well as in the management of the restaurant. He trains our chefs to create the best possible dishes with high quality ingredients; and develops new and exciting flavors that delight palates. Romeo's commitment to excellence is reflected in our corporate culture of outstanding customer service to provide you with the best experience possible.

Coming from a very modest background, Romeo was among the thousands of boat people who fled Vietnam and landed in Thailand. He found refuge in Canada, where he lived in foster homes for a number of years. Thanks to his hard work and determination, he was admitted to the Fine Arts program at Concordia University in Montreal, where he developed his talent as an artist. He also began to build his reputation as a sushi chef working for 8 years in a well established Montreal japanese restaurant. For Romeo, sushi is a form of art. Each dish is a canvas on which he creates a unique visual and sensory experience for his guests : ‘When I paint I mix colours and when I create a dish I do the same thing!’

Romeo also gave his name to its own jewelry collection, called Romeo J.® If you meet him at the restaurant, you may notice that he always wears layers of new bracelets and necklaces from his creations. An artist is an artist! For more information, visit www.romeoj.ca